Emerald announced on 1 May 2017 the completion of the Definitive Feasibility Study (DFS) on the development of a 2.0Mtpa operation at its 100% owned Okvau Gold Project located in the Mondulkiri province of eastern Cambodia. The DFS was completed to +/-15% level of accuracy.

On 26 November 2019, Emerald critically examined and pursued improvements in all aspects of the Okvau Gold Project economics applied to the May 2017 DFS. Based on the prevailing gold price at the time of US$1,450/oz. and updating the key assumptions and inputs, the NPV (5%) of the Okvau Gold Project significantly improved to US$337M (A$488M) pre-tax and US$238M (A$345M) post-tax with an outstanding Internal Rate of Return (IRR) of 69% pre-tax and 57% post-tax.

The DFS confirmed the robust nature of the Project with an initial operating LOM of over 7 years, producing approximately 106,000 ounces of gold per annum on average from a single open pit, with ore processed through a plant utilising a single stage crushing circuit and SAG mill, sulphide flotation, regrind mill followed by conventional cyanide leaching.

Emerald has embarked on a simulated grade control drilling program to further de-risk the development of the Okvau Gold Project. The results to date continue to strongly support the DFS Ore Reserve estimate in the area tested, particularly in respect to gold grade and add strongly to the company’s confidence in its ability to reconcile reserve grade and ounces (during operations) with the intended mining equipment type, scale of operation and grade control methodology. The cost of the program are expected to represent an operating cost saving.

The key aspects of the program are as follows; 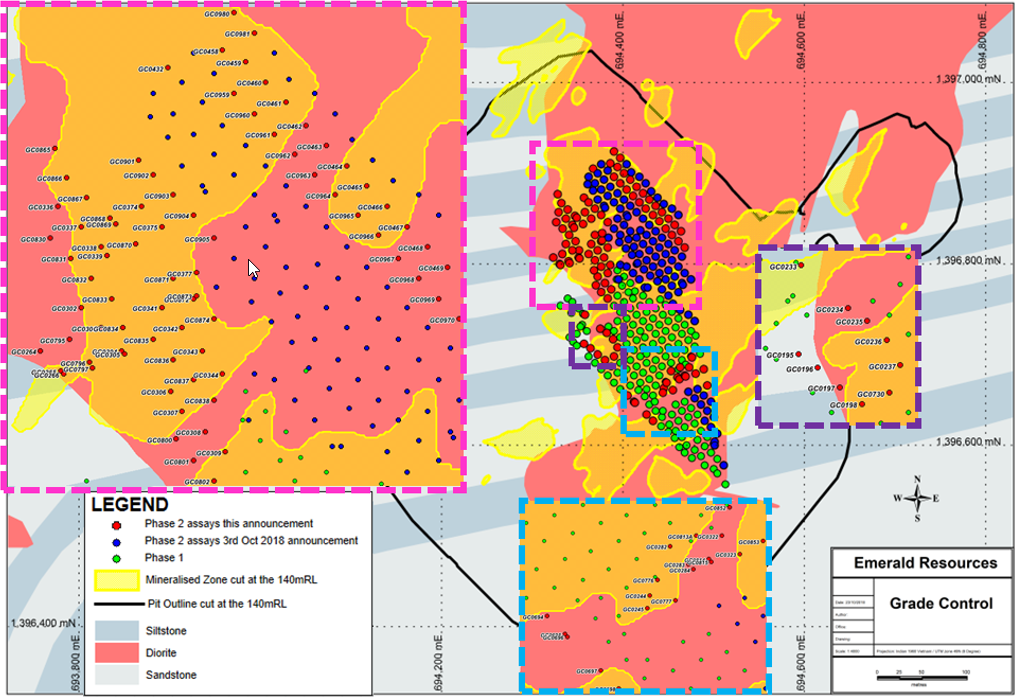 Selected results of the simulated grade control drilling include:-

The Company is drilling to test interpreted feeder and extension zones which have the potential to add to the existing resource and positively impact on the economics of the Okvau Gold Project. 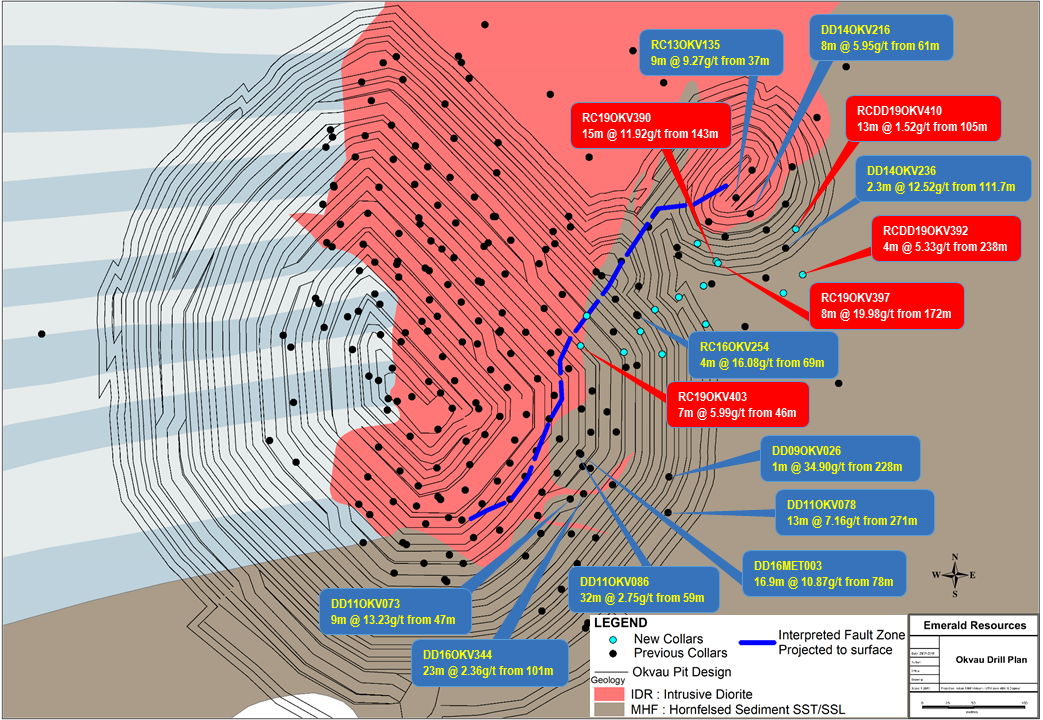 Some of the highest grade intersections sit beneath open pit floor including:- 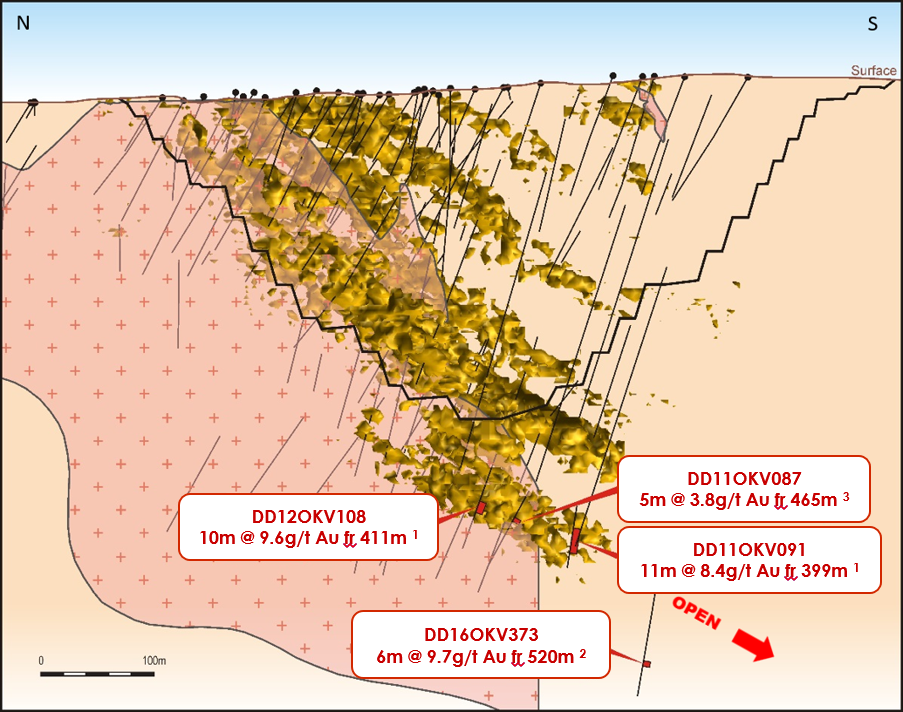